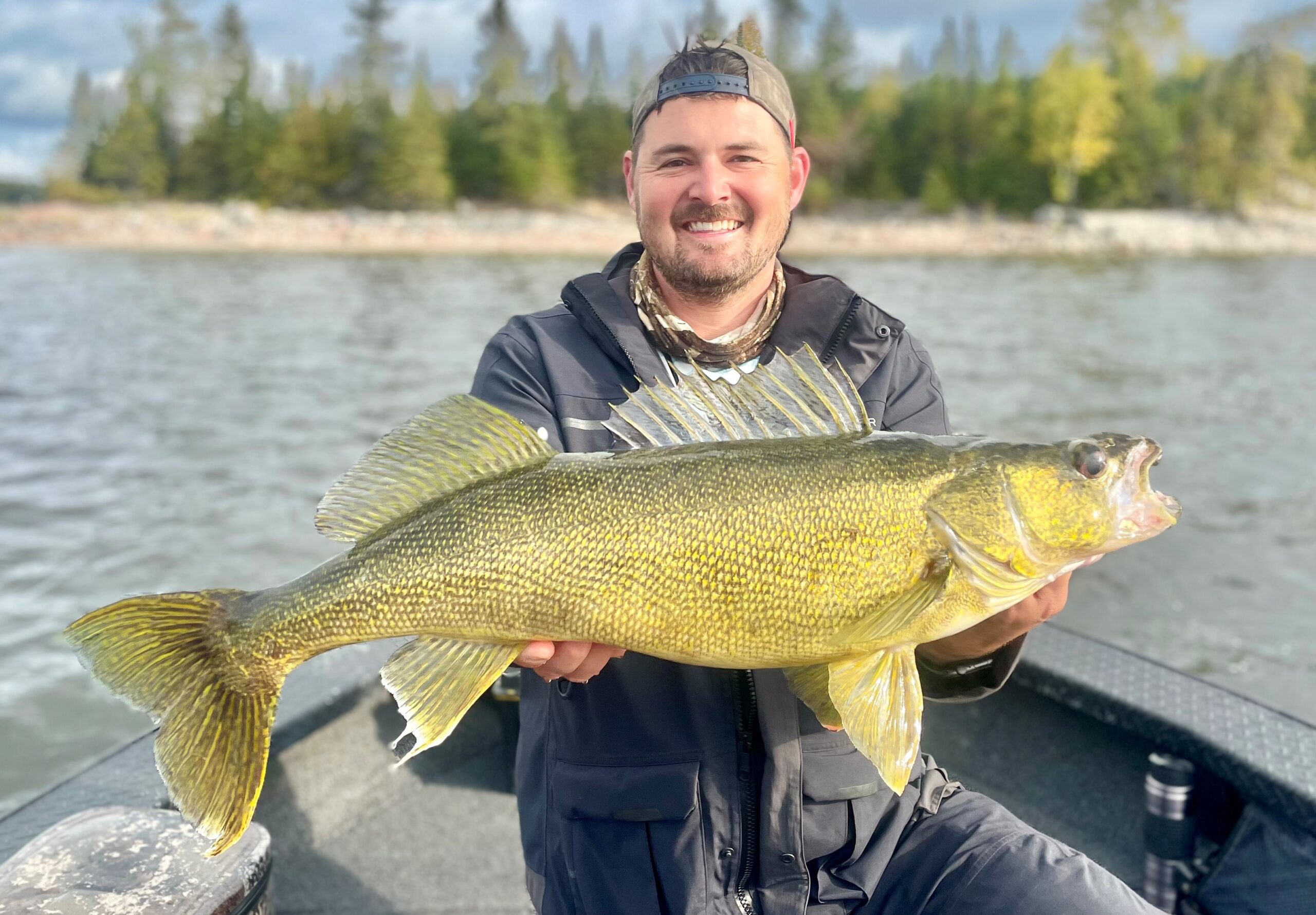 There were no drastic changes in the weather this week, but fall continued to progress.  Air temperatures dropped, we had multiple cold nights, and enough winds to cause mixing of water levels – what is significant about this is that lake surface temps seemed unaffected.  They remained in the low 60-degree range they’ve been in for the last 2 or 3 weeks.  Normally we would expect a change in surface temps to follow the succession of cold nights, but this didn’t happen.  We interpret this to mean our surface temps are not that different from water temperatures throughout the water column, and have been for the last few weeks.  This makes sense with the trend that’s been continuing for the last few weeks – walleye of all sizes at widely varying depths.  The same trend continued – once again this week some of our biggest fish were caught at the extremes: some from 35+ feet and some from less than 10 feet.

We tallied a total of 32 guided days on the water this week, pretty evenly divided between piking days and walleye hunting days.  For the boats fishing walleye volume remained high, guide sheets averaged 30-35 walleye over 18 inches per day.  We caught and released 12 ‘eyes over 27 inches, including two 29 inchers.  The bite shifted away from speed and plastic this week and our guide crew ended up using live bait and moving slower for most of our time on the water.  Both sand and rock produced fish, with the majority of the big fish coming off rock.

Approximately half our anglers were focused on hunting pike this week – for a total of 13 guided days and the daily guide sheets recorded 15 fish over 37 inches, including a 39 and a 40 incher.  The big fish favoured spoons and spinners in the weeds, and plastic baits when they were deeper on rock.  A common pattern for us in the fall.

When we looked back at the trends over the past week, one thing stood out to our guide crew: the high volume of Northerns in the mid 30-inch range.  So out of curiosity I went back and tallied the numbers, and beyond the 15 fish above 37 inches there were another 19 pike between 35 and 37 inches caught.  A total of 34 northern over 35 inches in 12 guided days – turns out it was pike week; it was just hard to recognize it until the week was over.