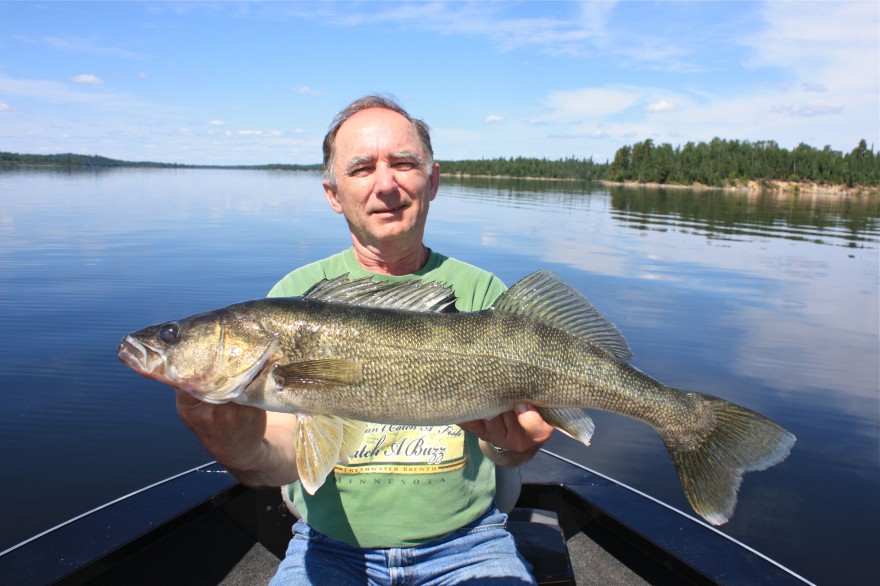 Fall like weather conditions continued on Lac Seul this week. Instead of a line of summer thunder storms, we had multiple days with dozens of smaller showers. Temperatures were cool and lake surface temps dropped down into the low 60s. High west and northwest winds were prevalent throughout the week.

Walleyes continued to move onto main lake summer structure this past week. Large numbers of small walleyes followed the first waves of bigger fish onto both main lake sand and rock. Volume was high most days with reports averaging 35 – 40 walleyes over 18 in. per boat per day. There were a few post frontal days when the big ones were hard to find. For the week we still caught and released 53 walleyes over 27 in., including 5 – 28s, and 3 – 29s.

The Gulp Alive bite took a back seat to ¼ oz jigs and minnows. Most of the big fish were caught deeper than 30 ft.