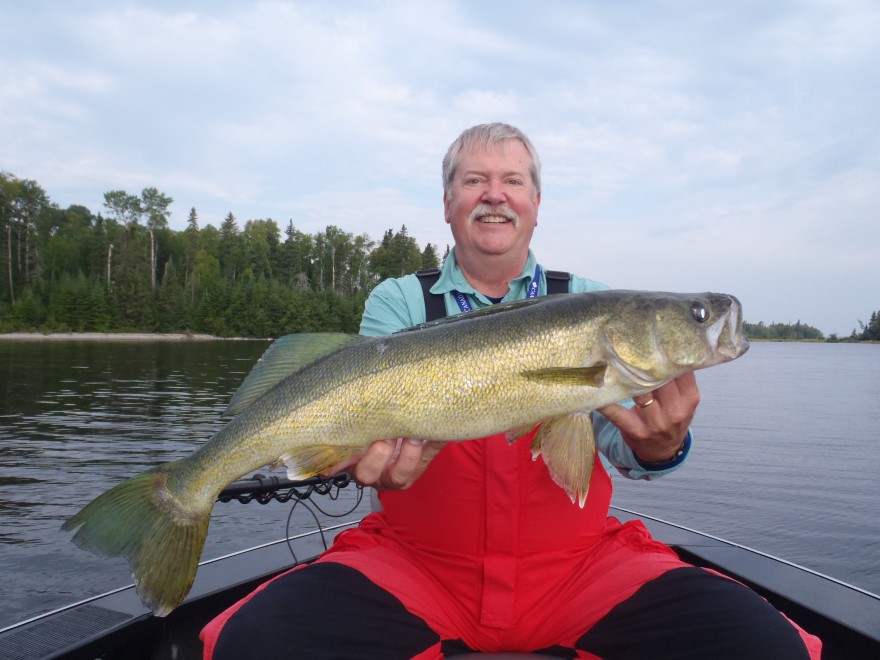 The end of season always sneaks up on me.I think every year I begin this week’s fishing report with “I can’t believe my fishing guiding season is over already.”And yet again, it is time to pack up and head south to get ready for Fall deer guiding season in Iowa.Missy is already there and the kids have already had their first week of school and soccer practice.

On Lac Seul, summer returned this week with some of the warmest and most humid days of the year.The weather and temperature did stabilize and the walleye fishing improved.For the week we caught and released 34 walleyes over 27 in., including 4 – 28s, and 1 – 29.Volume was good with guide sheets averaging 40 over 18 in. per day.

All of the cabins were occupied this week, but some of the groups were smaller.That combined with preparations for Fall bear hunts resulted in fewer guide boats on the water this week.Considering the decrease in effort, it was overall a good fishing week.

The walleyes did pulse back and forth between favoring main lake rock and main lake sand.Preferred depth ranges broadened with some fish moving into shallower zones while others remained deep.Most were caught between 20 and 35 ft.Jigs (1/4 oz.) tipped with live minnows were the preferred presentation.There were some fish caught on Gulp, but when the bite became more challenging, live minnows were the key.

A few guys spent some time chasing pike and they were successful.For the week, we caught and released 10 pike over 37 in., including 4 – 38s, 1 – 39, and 1 – 41.The weed beds are beginning to come apart and as the water begins to cool, the big pike fishing should improve.

Brett and the SWWL crew will continue to chase fish for another month and Jesse will take over the fishing reports for the end of season.