The good news is that the fire ban is off. 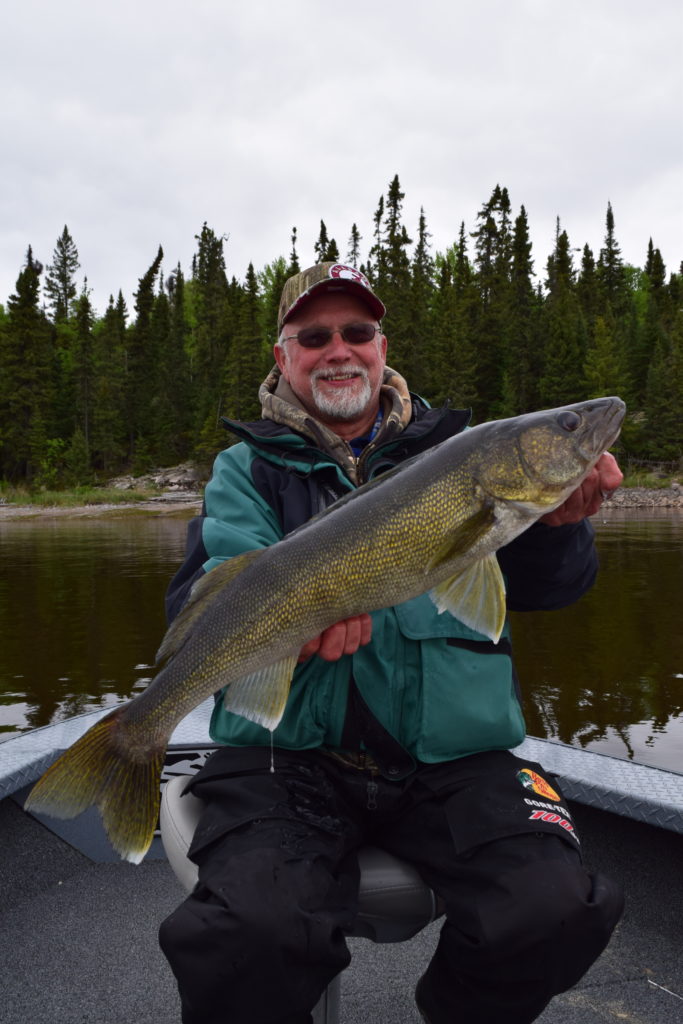 The reason that the fire ban is off is because we had prolonged periods of cold rain that fell in inches.  There were a few breaks, but the overall weather pattern was extremely unsettled, cold, and wet.  It is fair to say that we already began the week with a “blender” effect on the walleye location.  This week we hit “puree.”

Yesterday, my guests caught walleyes from traditional spring locations in 4-8 ft., then we caught walleyes from main lake transition spots in 8 – 15ft., and then we caught a dozen from 20 – 25 ft. on main lake sand structure.  The walleyes are literally everywhere.  The trick is to correctly decide how much time and effort to apply to each group with the given weather conditions.

Even with the challenging weather, it was still a good week of walleye fishing in the southern basins of Lac Seul.  There were some slow times, but average volume was good with guide sheets averaging 30 – 35 walleyes over 18 in. per boat per day.  For the week, we caught and released 45 walleyes over 27 in., including 7 – 28s, and 4 – 29s.

There were a few random walleyes caught on plastics, but lighter jigs (1/8 oz.) and live minnows were clearly the top combination.

The weather was a challenge for walleye anglers, but it was a disaster for those anglers that really wanted to cast for pike.  Almost all of the bigger pike were incidental catch while walleye fishing.  Transition for pike is unpredictable, but with the “blender” effect, we caught pike on jigs as deep as 25 ft.  There was one monster 43 in. pike caught and released this week.

The bass bite has also been delayed this week and won’t even begin to improve until conditions stabilize and the sun shines.  There were only 2 incidental 19 in. bass caught this week.