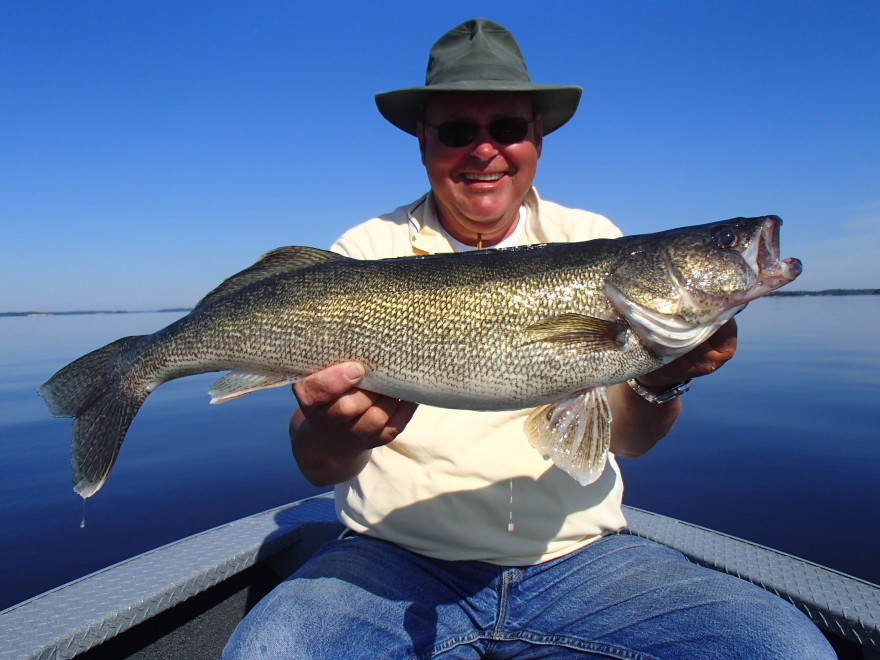 Weather conditions for the last week of July were a roller coaster ride. We started the week with blazing hot sunshine, flat water, and high temps in the low 90s. We ended the week with 3 days of sustained NW wind gusting to 20 – 25 mph, high temps of 70, and a series of afternoon rain and thundershowers each day. As you would expect, the walleyes moved and we chased them.

Main lake summer sand was the big loser. Main lake rock; deep and mid depths were where most of the walleyes were found this week. We always want wind, but sometimes you can have too much of a good thing. There were many areas of the main lake that we could not effectively fish because of the waves. Often, we were still able to fish the main lake current created by the wind without having to fish directly on exposed shorelines.

The Take Away: The roll continues in spite of Gong Show weather.