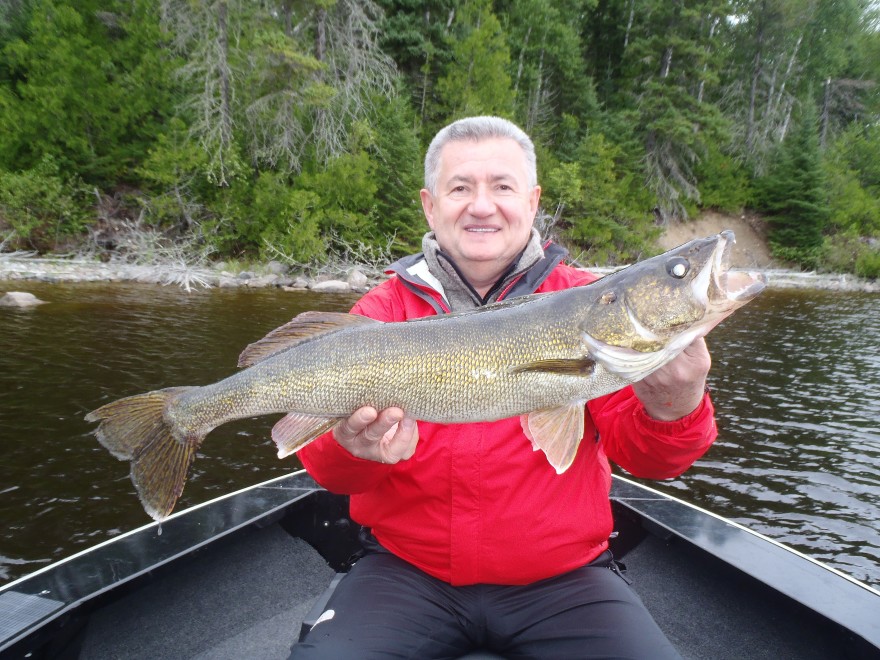 There was no swimming, no sun tanning, and there were no shorts at Silver Water Wheel this past week. It was windy, wet, and cold for the entire week. My guests and guides fished in rain gear for every minute of every day. Lowest temps were below 50 and daytime highs were 60 to almost 70. It would have been great weather for the first week of Oct., except it was August.

I think the walleyes were just as surprised as we were. Most fish were caught on main lake rock, but a few were found on deep sand as well. Depths varied by spot and by day with some nice fish found as shallow as 18 ft. and others as deep as 35 ft. Gulp worked sometimes and then it didn’t. Jigs and live bait were most productive. The typical round table guide discussion was marking 20 – 40 walleyes for every fish caught.

Even with tough conditions, we were relatively fairly productive. For the week, we caught and released 40 walleyes over 27 in., including 5 – 28s, and 1 – 29. Volume was good with guides reporting an avg. of 40 – 45 walleyes over 18 in. per boat per day. It should be noted that groups targeting big walleyes had fewer total fish in the boat, but were able to land more big ones.

Pike fishing was pretty much a bust. There were a few 37s caught casting, but it felt like the pike moved deep. We had tons of “drive bys” while walleye fishing.

The Take Away: What happened to summer?