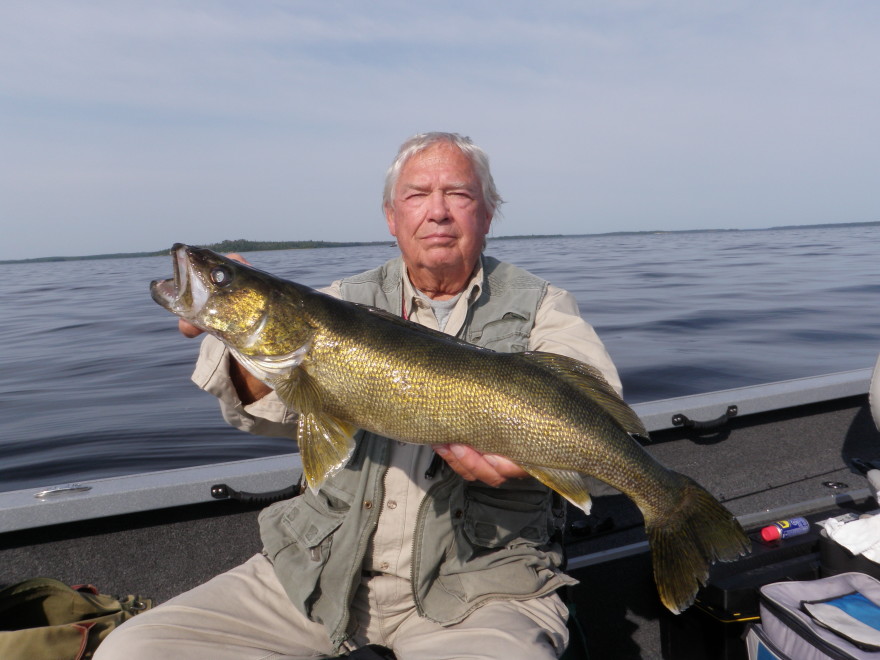 I usually reread the previous week’s report before I begin the current one. With the busy summer, it does become a bit of a blur, but I honestly forgot how cool it was last week. It was anything but cool this week. It started warm and ended blazing hot with no wind.

Overall, it was still a good week for walleye fishing. We caught and released 45 walleyes over 27 in., including 6 – 28s, and 2 – 29s. Volume was good with the average guide sheet reporting 45 walleyes over 18 in. per boat per day.

Main lake sand in 20 – 35 ft. was the best, but rock on the main lake was also good at times. You really had to fish it all to find a pattern. Gulp worked occasionally, but live bait, dead sticking over arcs with 1/8 oz. jigs was the overall most productive pattern for the week.

The Take away: If you are a lodge owner and a guide, don’t write the fishing report at 10 p.m. on a 90 degree day with no wind when you got smoked. (It was still a good week, but I can’t help but take each day personally!)