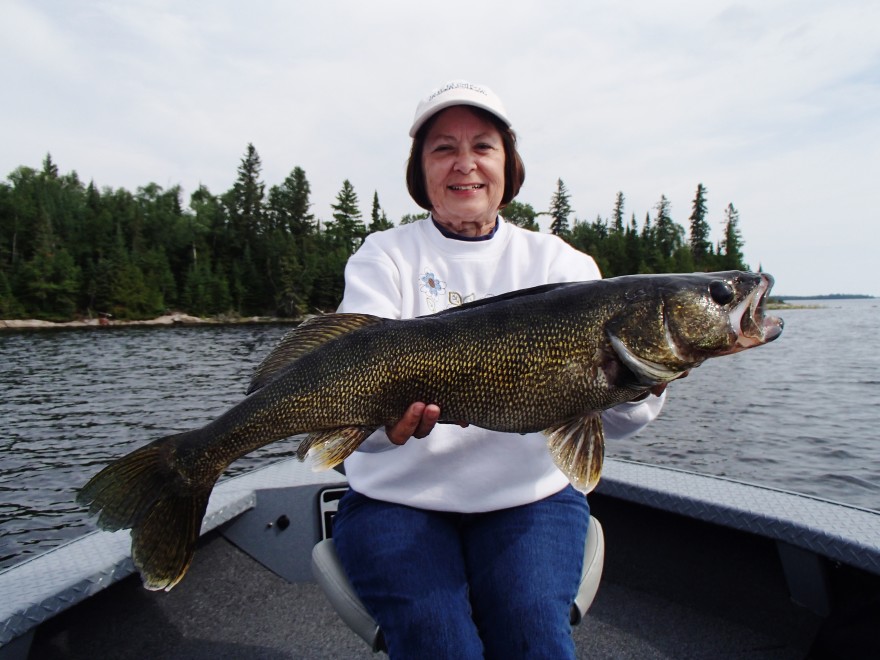 It was another good walleye week at the Wheel. We always keep track of big fish caught and volume (we’ll get to them later), but one of the stats that stood out to Brett and I this week was the number of “medium sized” fish caught. Our guests caught and released 205 – 25 in. walleyes and 74 – 26s. Even by our standards, that is a ton of big fish.

Despite the strong numbers, there were still some spells of time with tough bites. There were a few fish caught with big plastics on ½ or ¾ oz. jigs at speed, but most of the catch came from lighter jigs with live bait, marking far more fish than you were catching. Locating fish was the key. The big ones were deep, 20 – 35 ft. Sometimes they were on deep water sand, but just as often they were on deep water rock. Shallower water held a few more aggressive fish, but the big ones were conspicuously absent.

There was almost no time spent casting for pike this week. The 7 over 38 in., including 1 – 40 were incidental fish while walleye fishing.

The Take Away: On a Big Walleye Summer Roll!