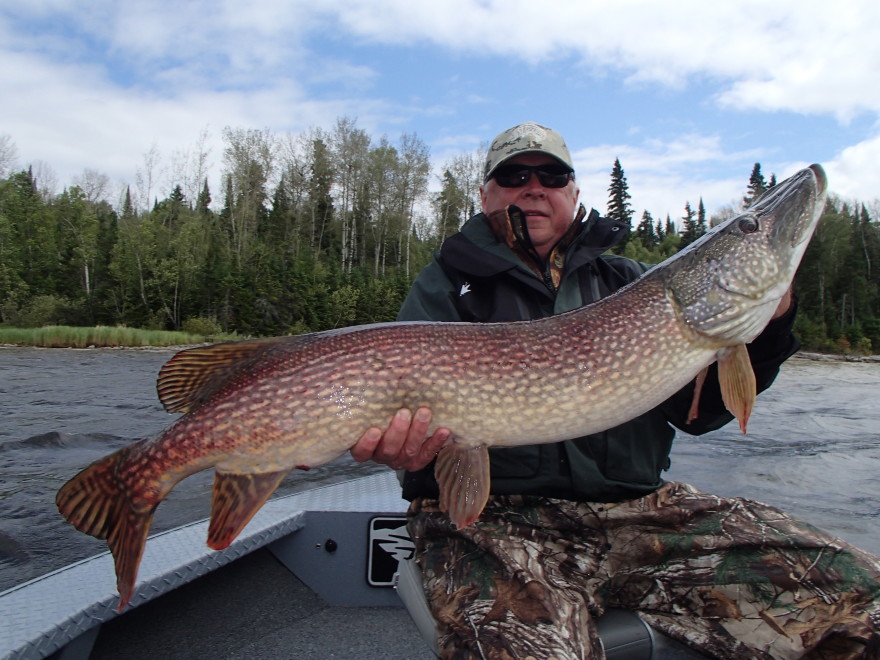 Walleye fishing continued last week’s blistering pace and top end size actually increased. It was good all week, but at times it was fast and furious. Bass fishing is improving and should peak in the next week or two. It is still a challenge to target pike, but the big ones are out there and they eat jigs too.

Gulp pulled at speed (1 – 1.4 mph) on a ¼ oz. jig was lethal when walleyes were active in 6 – 14 ft. Speed is the key when fish are spread out on the flats in or near growing weed beds. You could still catch walleyes with traditional slow presentations as long as you didn’t mind watching other guides using speed catch 3 times the number of fish.

The key for me is to coach my guests to give up on the concept of thumping the bottom with their jig. “Let those baits glide above the bottom on long lines and those active walleyes will come up and grab them. Miss a fish – drop your rod tip back and twitch. Sometimes they will hit 3 times before you hook up.” The long lines keep you out of the snags as well. When the Gulp bite did slow, we went back over areas that had held active fish with live minnows and 1/8 oz. jigs. We still fished with long lines and speed, just not as much of either. We are also beginning to see the first groups of walleyes move out onto the main lake summer sand and had modest catch rates in 15 – 25 ft.

For the week, we caught and released 92 walleyes over 27 in., including 12 – 28s, 7 – 29s, and Jessica Ginter caught a giant 30.75 in. fish. To put that in perspective, there were 84 guided days last week, meaning that we averaged over 1 – 27 per boat per day. Walleye volume continued to be extremely strong with guide sheets averaging 50+ walleyes over 18 in. per day. The highest daily total was 104.

Bass fishing picked up this week and many groups fished for them. For the week, we had 98 over 18 in., including 21 – 19s, and 3 – 20s. Top waters and tubes were top producers. If the weather holds, this coming week will be big for bass.

We had just a few groups spend time targeting pike with fairly limited success. There were however, quite a few really big ones caught incidentally while walleye fishing. For the week, we boated 16 over 37 in., including 4 – 40s, 1 – 41, and Pete Russell caught a massive 45.5 in. pike of a lifetime.

With so many groups returning year after year, my biggest challenge this week was to manage expectation levels for next year. The Bollinger group had 30 big fish photos on the wall before they left and they know that this was one of their best weeks ever. No fisherman ever comes back hoping to catch half as many big ones as they did last year, but 15 photos on the wall is still a great week for a group.

The Take Away – smashed the big walleyes, pike are still random, but Lac Seul’s biggest pike are Huge, and we are positioned for a big bass peak.