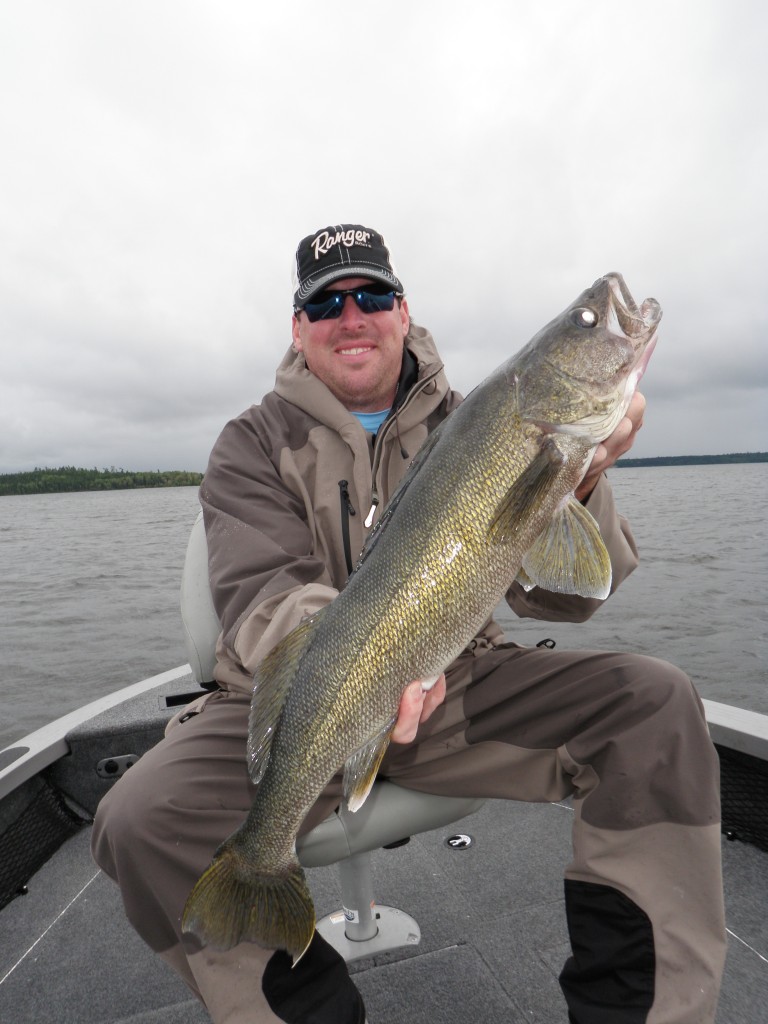 The first hint of a change in seasons settled in this week. The mornings are distinctly cooler and there have been several with mist coming off the warmer lake surface. Lake temps dropped to around 70 this week and we have just begun to notice floating clumps of broken and dying weed beds.

The patterns changed a little this week, but overall walleye size and production continued to be consistently good. There were a few mornings that were great and there were a couple of flat calm afternoons that were really tough. The week began with a good Gulp and big jig bite, but ended with much more focus on dead sticking lighter jigs and live bait for very reluctant biters. There were some nice fish caught on main lake sand, but rock was much more productive again this week. Productive depths shifted slightly deeper as the week progressed; 20 – 35 ft. was the key depth range.

The numbers: For the week we had 39 walleyes over 27 in., including 3 – 28s, and 2 – 29s. Volume was up and down by the day, but overall we averaged 35 walleyes over 18 in. per boat. Once again, it was a great week of walleye fishing for both size and numbers. I am much more accustomed to writing about drastic weather changes and variable bites, but this summer has continually been productive and consistently normal for weather.

It is still summer on Lac Seul, but for those of us on the water every day, it feels like the beginning of fall is just around the corner.