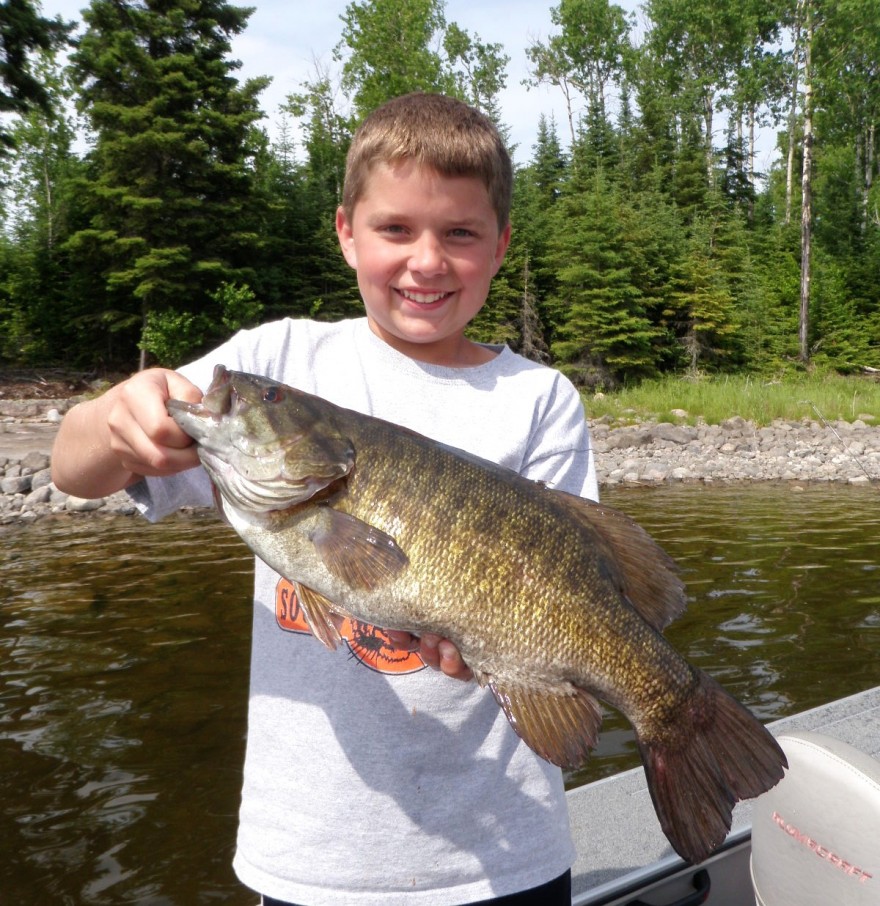 Last week was tough, but the weather turned and this week was great all around, but was absolutely ridiculous for big bass. The trigger is several days of super-hot sunshine and we never know when it is going to happen, but when it does, the entire system changes in an instant. I wasn’t surprised that summer hit this week, but I was surprised by how many big bass were caught all at once.

The walleye bite also improved dramatically with the weather. Despite the focus on bass fishing, we had a very good week for walleyes. Daily walleye volume shot up to an average 35 walleyes over 18 in. per guide boat. The highest daily total was 64. Big walleyes were also back on the bite with 27 over 27 in., including 5 – 28s, and 1 – 30. Most of the production came from either late spring spots or early transition locations. The bright sunshine put a ton of fish into very shallow water and there were reports of many nice walleyes caught on spoons and plugs while pike fishing. For the most part, the biggest walleyes were pulled from 6 – 12 ft. dragging jigs and minnows. We did finish the week with a very fast morning bite rip jigging Gulp Alive and plastics on transition sand locations. If you weren’t moving baits fast and off the bottom, you weren’t catching. The fish caught were almost all over slot with multiple 23 – 26 inch fish per boat.

There was some effort made to chase big pike this week, but there were more quiet reports than quality. For the week we had 7 over 37 in., including 1 – 40, and 1 – 41. With good walleye results and awesome bass fishing, it was difficult to justify spending much time chasing big transition pike.

Smallmouth bass fishing production was absolutely silly. In 2010, we caught and released 40 bass over 19 in. for the entire year with none over 20. For this past week, we had 37 over 19 in. including 7 bass over 20 in. Tubes were the hottest bait, but there were some nice fish caught on jig and twister combos and small crankbaits.

Missy: “You have to stop giving away multiple pins for guests catching more than one 19 in. per day.”

MW: “What are you talking about?”

Missy: “We are out. You gave away more pins in one week than we did all last year for bass and the new order will not be in until July 4. You have no pins………”