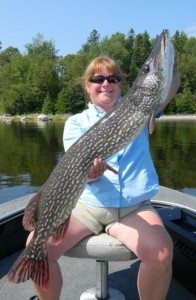 There were no major changes in patterns from last week. In fact, almost all the locations and figures remained the same. There were some really good days and there were some slower days and daily weather trends were always the driving force.

Deep water rock was more productive than deep sand this past week and most of the big ones were found deeper than 25 ft. There were some pulses of walleyes shallow, but nothing strong enough or sustained to bring the bigger fish up. Jigs in 1/8 to ¼ tipped with minnows were the go to bait.

Missy, Brooke, and Blake are packing today and leave tomorrow to head back to Iowa. Brooke is 5 and is starting Kindergarden next week. “Time Flies.”